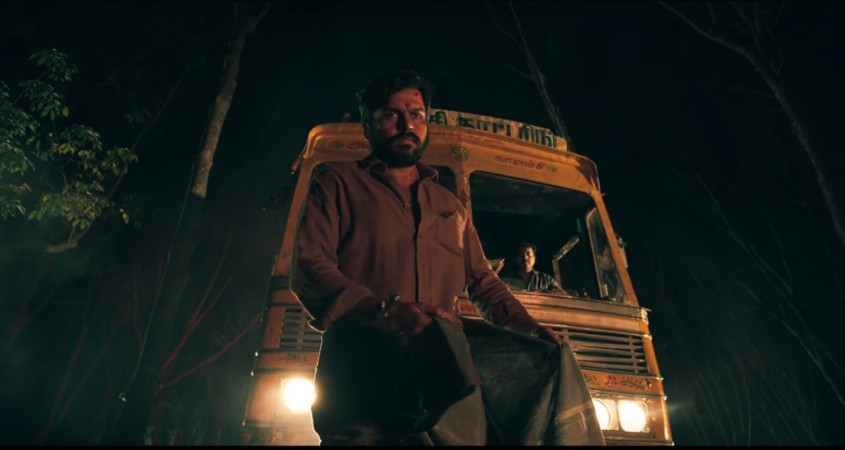 Lokesh Kanakaraj is in a hurry.

In 15 mins, I get to know there is a child waiting for an unknown guest somewhere, a group of students are detained at the police commissioner’s office for drunken behavior, a bloody operation results in 900kg of cocaine being seized, a high ranking official sets up what seems like his farewell party and a gang leader puts out a hit job task to his henchmen.

All this before the credits.

But with characters and dialogue, not with narration and flash forwards. So when a police constable says that the current colonial building is being vacated for a new headquarters, it means a lot and at different points in time.

You would notice that all of these events correspond to groups. Kaithi to my memory has the most number of memorable characters in recent times, which is not easy to do, most movies use a good one third of their time in set-up and hardly achieve memorable status apart from the leads.

Lokesh does this is in a “look, I don’t have time, but this is what you have to know, come along and you will figure it out” kind of way.

The seized cocaine is what gets things rolling(literally the truck), but this is not a story about how different groups are in the race to get back what they lost; in fact every set here wants something else- the IG wants a respectable retirement, certain henchmen just want money, a brother is in need of another, Kamatchi just wants his truck in one piece and Dilli (Karthi is brilliant) just wants to see his daughter (or does he?) and so on.

Which is why Kaithi is such a constrained title, it brings back focus to one of the characters, but that is when the movie begins to adopt a one-man-against-the-world-hollywood-actioner aesthetic, and most of it works when set within context, although I fear that some of it, like the bullet ridden climax, is set well outside.

But not all out of context things are bad, especially when Jumbalaka Jumbalaka and Metro Channel  starts playing to drown out voices in a lock-up. Fantastic!

Kaithi is blockbuster material when it stays on the road and wants to go from point A to B, I would have never imagined our rural roads, forests, quarries and  hills to lend themselves to this type of actioner, but I realize things are what they are, only because of the ways we see it in. Lokesh saw it differently

Kaithi is now streaming on Hotstar.