Are all stories, the same?

Ever since I heard about the monomyth or hero’s journey, I have been intrigued; the fact that all the stories at some level are the same may seem disturbing, some writers even might find it alarming, readers might think they are reading the same stuff again and again, Manmohan Singh might feel that we are all dead in the long run anyways.

Joseph Campbell, the proponent of the hero’s journey(or mono myth theory) came into pop consciousness when George Lucas did not stop with using the monomyth in the creation of Star Wars, but went on to call Joseph Campbell ‘his Yoda’. Hollywood has since churned out innumerable films year on year. His book, the hero with a thousand faces is a goldmine for writers. 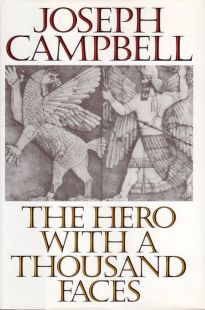 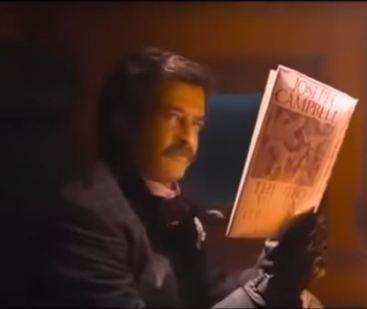 Anything that is universal, must tug at the heartstrings of the viewer, make them connect themselves with one or more of the characters to follow the length of the story and at the end of it, have something to mull upon or even bring about a change in themselves.

This is the reason why I chose Vasool Raja MBBS as Exhibit A to see if this hero’s journey holds true and also it is one my favorites and the movie and its message has remained intact for me, even after multiple rewatch-als, I’m sure many would say the same about Munnabhai which is of course the parent film. I would also like to assume that it is a widely watched film, so that we need not dwell on plot details.

Another reason for choosing Vasoolist was because a comedy film is not so frequently dealt with when it comes to the theory of monomyth, here is a chance to see if the theory sustains immaterial in which genre it is applied to.

An education in management has made me look for frameworks for every damn thing, and yes there is a framework for(every damn thing) ,this one comes from Dan Harmon, the creator of Community.

Reduced to the most basic level, the story (read any story) can be expressed in the form of a circle, begins and ends at the same point.

Harmon divides the circle into four quadrants and 8 markers

But first let us look at the circle in two halves, the hero’s world is divided into known and unknown, a hero must move from a place of comfort to an unknown place. The moments in the story too work within these halves.

Specifically with respect to Vasool Raja MBBS (from now Vasool) the order and chaos are represented by his rowdy state and his wish to be a doctor represented by the hospital state. 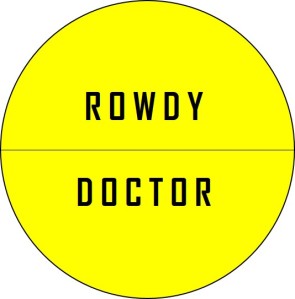 Now we will proceed to go over the story traversing the eight points as mentioned in Harmon’s framework.

The most essential thing in the journey of the hero is the hero himself/herself, at the beginning they are in a place of comfort, something like how Raja (Kamal) is introduced in the film. With his buddies, going about his job; there is even a dialogue which explains his way of work (2% commission) 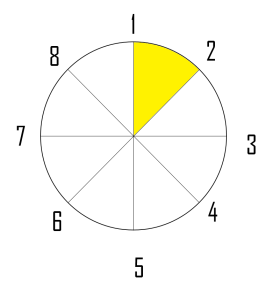 Although something or someone doesn’t let things remain the same way, the journey begins with the hero’s want to do something, the trigger could be internal or external; mostly external.

Stage 3: Hero enters the other world 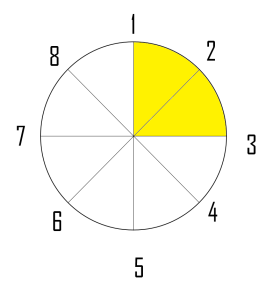 This is a direct consequence of the previous stage, something like to become a wizard Harry needs to go to Hogwarts, similarly to become a doctor Vasool Raja needs to join a medical college, of course here he takes the route of the fraud (93.5 FM) 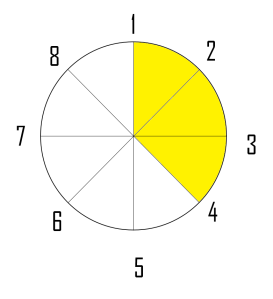 Getting accustomed to how a class,college and hostel function and how much it is different from his earlier Vasool phase, although it is not alarming for Raja when compared to say the Ringwraiths who chase Frodo, basically this is coming face to face with the reality (and dangers) of the other world. Raja also begins to understand this hospital world.

Stage 5: Hero gets what he ‘wants’ 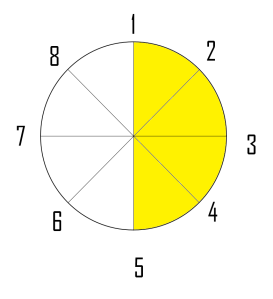 This is the tricky one, heroes like most of us do not really know what they want, they might have more than one targets, sometimes they might get what they did not plan for, drifting away from what seemed like their initial goal.

Here Raja doesn’t really want to become a doctor, he is content with his current position where he is able to irritate doctor Vishwanath, but he achieves other things like new friendships and love (with Dr. Janaki), his gregarious nature and helping tendency make him a darling at the hospital. (kattipudi vaidiyam)

Raja somewhere believes that a doctor is not just one who treats diseases but a care giver to the heart , testimony is his ability to heal people with humour and hugs, but even his best of interests cannot save the life of Zakir , the cancer patient. Raja’s inability to do anything when a man dies in his arms makes him question the very journey he has taken. 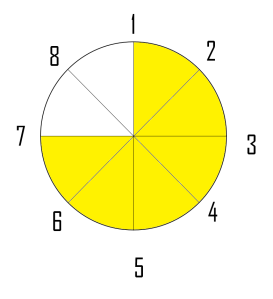 In the penultimate stage Raja is convinced that he is not going to achieve anything by prolonging his stay at the hospital, he feels responsible for giving hopes to a dying man; in the end concedes defeat to Dr. Vishwanath (again recollecting how his parents were made to do the same) and literally walks back to never become an MBBS, the return. 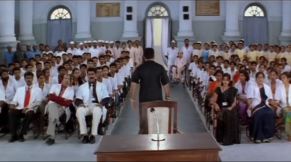 Raja is now back to where he started, though he doesn’t want to go back to his ‘Rowdy’ days. But time has changed and it has brought his parents back, they too realise that they have been hard on their son for not becoming a doctor.

He is now a changed man.

There and back again. 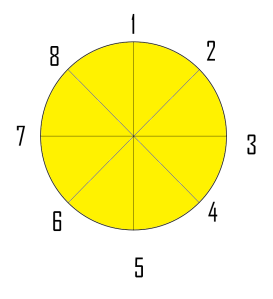 An ending in a circle is in fact the point of beginning, this story of the hero might have ended, but the journey is continuous. Real heroes accept the change and learning that comes with the circle and set off on another adventure, hopefully a different one.

A framework is merely a way of understanding concepts in an easier way, there is even further scope in the framework when we drill down to the characters, I am not trying to establish that this is the only way to look at stories, but this is certainly one way and I tried it with my favourite movie.

Again a framework is not a rule book, things need not happen in all these stages, some might be skipped, maybe not in the same chronology, start somewhere in the middle and make your way both sides.The potential is immense.

The point here is that a framework gives you the freedom to experiment with it, even break down. Dan Harmon’s Community is a telling example of how imaginative you can be in using a system.

The commonalities established with examples from the Lord of the Rings, Harry Potter and even Star Wars and yes Vasool Raja MBBS too, brings about a feeling of universality in the way think, tell and consume stories. Yes stories can all be the same and still be different in the telling.

2 replies on “The Stuff Stories are made of: Vasool Raja MBBS”

Well. Written. A great choice of exhibit A.

I have read a lot of “frameworks” on writing (think it applies. To. Movies as well) that pretty much goes

Like a sine wave with one and half time period.

Would love to see other frameworks though.. Exhibit b, c, d on the way I. Suppose?

This is a half-thesis ! I’m not coming to this game (literal translation from Tamil). Whatever the framework, you have a breezy, easy style of communicating and great insights. I read once about a guy who wasnt from the movie industry who set out to become a Hollywood song writer (this was obviously in the 40s). He sat in a library for days and analyzed Hollywood musicals lyrics threadbare and came up with his own framework and (ofcourse) became a successful song writer.