Part One: Avengers of Revenge

“Revenge is a dish best served cold”- quote based on which 10,000 tamil movies have germinated.

Clearly there must be something about this revenge that brings out the blockbuster in theatres, otherwise there is no logic behind so many movies having it as a Palar water undercurrent to many a hero’s river of success. (ok that was unwanted river imagery)

This something can be the dispersal of swift justice to the wronged, which includes innovative ways of killing the villain; maybe does not make for the best of cinema but good engagement.

Speaking of the best of cinema, Kamal’s Aboorva Sagodharargal (The Amazing brothers!) is a late textbook of perfection with respect to revenge as a theme that these filmmakers have undoubtedly read. No one can stop recurring themes, but themes done in a way which is not readily identifiable by the audience,that it is recurring, is what that works.

Theri is as open as a frog during dissection.

So it does take a lot of effort to un-see the other movies that are inside Theri, but you have to hand it to the director for packing in so many other movies into one and since my ticket price was just under Rs.90 (udhayam rocks) I was marginally happy, economically speaking. But my marginal rate of satisfaction for the movie had come down the mountain when the film was reaching its very end.

Aside 1: It is known that Kamal was concentrating solely on the dwarf character that he had not written the script for Aboorva Sagodharargal, and in hasty story discussions one writer is supposed to have suggested “take revenge story saar, always works”.

Good advice and it worked.

This is my main gripe with films employing children, the children themselves are secondary characters to the story/hero etc and more than the children it is their ‘cuteness’ that sells.

Those who are wondering what is this ‘cuteness’is, will benefit from watching the movie. There is something rotten in the selling of ‘cuteness’, and at this point I end my case and we shift to part three.

Amusing that this construct is never questioned or modified.

Another construct is, if there are two heroines then…..<Not spoiling>

But there is a lot working for this Vijay film, especially the DCP Vijay Kumar scenes, the actor does it with some new found zest that really does elevate the movie and my expectation but all these are in the earlier part of the film leaving little for the end.

Part Four or The Condensation of the Adi-Seshan

Adi-Seshan or Seshnag (hindi!) is the king of the snakes. Like all things in the modern world, serpents also need to be brought down to an appreciable length.Hence the title.

along with his daughter and her teacher who looks killa*

No one knows who is Joseph Kuruvilla

So they send goons to his isolated villa

In the past, Kuruvilla was DCP Vijay Kumar

Then second half goes on quite sumar** 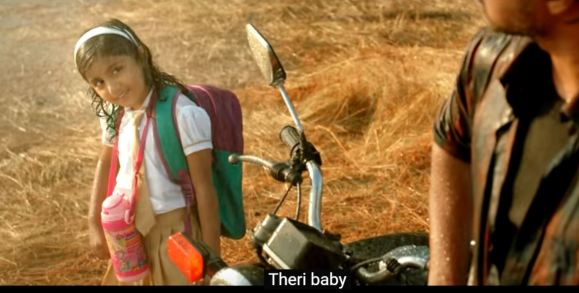 4 replies on “Cold Dish, Makes me wish: Theri and other things”

While many others are saying Theri is aaha ooho, this was one honest review!

What revenge are u talking about btw? The one that Director Mahendran didn’t get?

The revenge VijayKuruvilla gets in the end