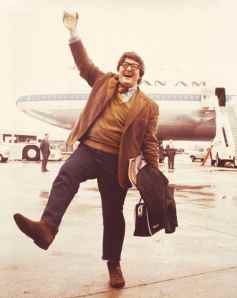 Roger Ebert.com is the internet’s equivalent of a cavernous traveller’s place that wanderers happen to chance on an unending quest, although in my case it wasn’t a chance finding but more of a destination.

For a year or so(years ago), I’ve thought and rethought about writing to the Far Flung Correspondents column, backspaced paragraphs of introduction now only vaguely remembered by an embarrassed self, deep down I knew that primarily the writings would not be accepted because they simply weren’t good and I had to improve enormously, the reason to be part of the Lowly Laureate is I guess a compromise and an acceptance of mediocrity.

But ever since sheepishly I had tried to ‘tweet’ the articles of that we published to Ebert with half hope that he will read it and half hope he never does, this was till the day of his passing in 2013.

If there has been some amount of clarity in what we write right now here, is entirely because we know that we are thereabouts and it is quite possible to pursue something wildly. If Ebert had been an idol, our blog wouldn’t have come out.

Although having never met the man or corresponded with him, it is possible for me to imagine how an interaction would have been, it is experienced-smiley uncle vibe that comes out not only in his videos but pervades all through his writings.  Roger Ebert was a great writer, my definition of a great writer would therefore be not to put thrust too much of oneself into one’s words but not being completely absent, even a bad movie review would only reflect the passion he had for writing what he had seen.

Roger Ebert was the hardest working movie critic on the planet even when diagnosed with a terminal disease and the only person to have successfully found a balance between the serious movie critic and the fun movie reviewer on TV.

Life Itself, his memoir or the reason behind this blog post captures that balance to the truest, it is impossible to approach different films with the same amount of seriousness but it possible but still difficult to watch all types of films with the same passion.

Movie reviewing at the end of the day becomes like suggestion generator, what to catch and what to miss, that is not we are interested in; a (any) movie that should lend itself to discussion or in a sense opens your mind about something is a great film, how the film was made/acted/technicalities are perhaps secondary or mostly irrelevant, to see through all these and arrive at the core idea of what a movie really wants to say to you.( the idea might not be singular and open to interpretations).

We still feel that this is achievable but we have a long way to go. It is also not the motive to be an ‘influential’ blog, we just want to be well informed and well written. I

Influential being the guiding word in these social media times.

Odd it now seems that once you read a memoir of a person that you get to know his entire life, it is still better than reading an overview on Wikipedia and it will be the closest that we would be getting to Ebert himself and the book is a revelation.

Not only can he not write a bad sentence but he is also brutally honest as people tend to become in their twilight, the chapters on his friendship with Siskel notably among the best.

Multiple emotions rush out after a film, it is in translation of these emotions into words without having to apply intellect in-between is the greatest achievement of the movie writer as how it is for the director to bring the word onto the screen, and this is a beautiful process: emotion->word->screen->emotion->word and somehow Ebert has cracked that.

It is highly impossible to see so many movies and not have anything to say about it, most of the best conversations that I have had have been in and about the movies and these discussions never contain themselves to first level opinions but more of a learning process.

Maybe life is just one big movie and probably Ebert’s memoir is one of the best reviews around.

See you at the movies.